Spiralling in and out of the Labyrinth 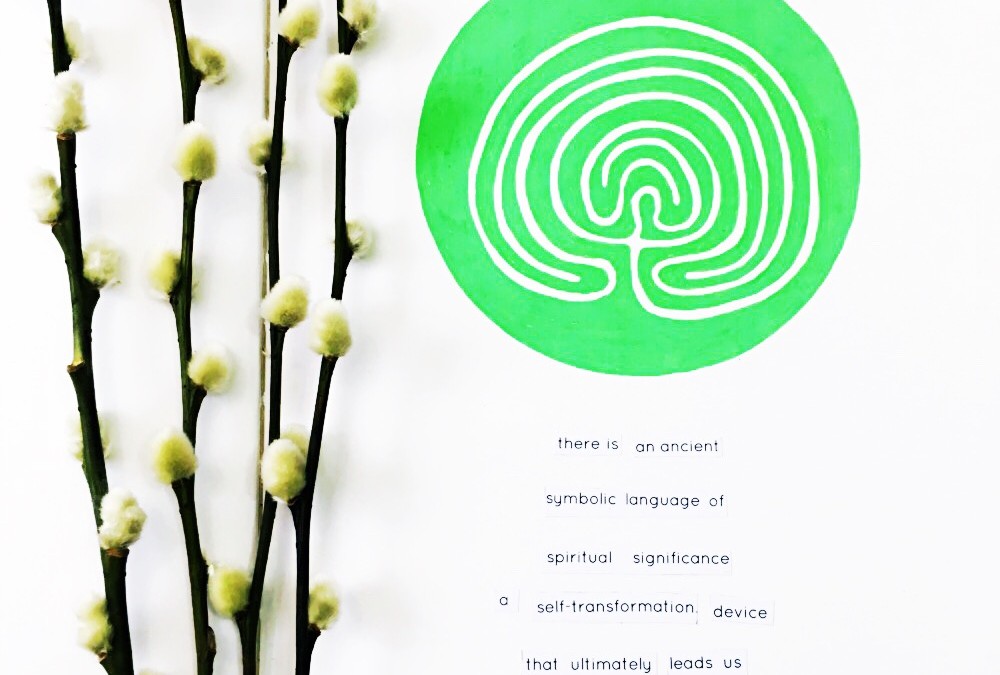 Spiralling in and out of the Labyrinth

It isn’t that I didn’t do the work for Stage Three of Mandala Magic – it’s more that I didn’t get around to recording the evidence of it!

Returning from a short trip to Marrakesh at the end of February with the most hideous flu, I was laid low for most of the month of March, entertainingly augmented by the personal medicine work I’ve been  engaged with,

Deep in this flu and medicine-induced Void state, I found myself spiralling back and forth into the labyrinth of Life, as best befits the third stage of the Great Round of Mandala.

Huge shifts in consciousness were realised and at the same time, massive changes to everyday life as our soon to be eighteen year-old decided to leave home with only one week’s notice!

It’s been so thrilling to see him emerge from the parental home, all unschooled and ready to take on the world. It brings with it a huge sense of achievement and also a very clear impetus to move into a new state of Being.

Decisions would soon be taken to realise this new evolution but meantime there was a chance to relax into the Labyrinth, knowing All was as it should be. I’m sticking with the #foundinspirations method for now, and enjoyed the search for these elusive messages in the guidebook for this stage of ‘turning towards the journey.’*

I’ve been playing with Posca paint pens in my everyday art journal lately and was inspired to keep things really simple and choose just one colour of pen to use for each entry. I tried to introduce a gentle weave into the final entry, but couldn’t concentrate long enough to see it through accurately! So typical of this stage, where desire may not be fully met by action. Can you see any secret messages you need to hear in the complete collection for the stage of Labyrinth? Click on each image to read the text more easily. **All images on this post shot on the iPhone 6s and edited using the ColorStory app for iOS.