Creating with the Void and David Bowie 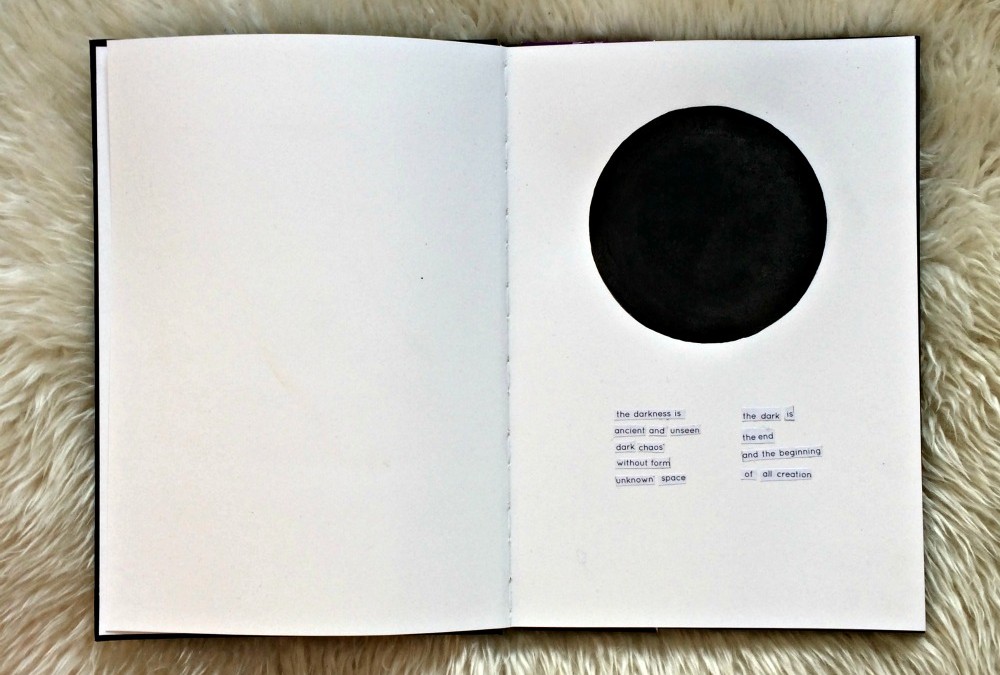 The fourth year of my personal exploration into the Great Round of Mandala and there’s been zero inspiration for me to follow the exercises I’ve created for the Mandala Magic program.

What to do instead? I’ll be completing the canvas project, for definite, but what about the journaling aspect?

I had some realisation at the end of 2015 that I’d stopped using my words. I’d quit daily journaling back in July after five and a half years of dedicated morning and evening practice and felt the need to reduce my public sharing of words even more strongly.

There’s such a large part of me that simply doesn’t care about sharing any words – I have so little to say to anyone.

Out walking the other day it came to mind that my strong urge to create that had emerged so destructively back in 2010 had morphed into a strong urge for expression a few years later and presently has turned into something else entirely – a need only for Being.

Was there any room for any type of visual creative practice? Even the mandalas are coming and going. I see the mandala principle in everything now and as such, the need to express the symbol on the page fluctuates…

Bowie to the rescue …

Like so many others across the world, David Bowie’s death this week stirred up so much inside me. Someone shared the wee clip of him talking about using ‘cut ups’ to create and inspire lyrics and it reminded me of the Found Inspirations technique that I had been so fond of a couple of years ago.

And lo, I was instantly sure of how to approach this cycle of the Great Round of Mandala …

Each month, I prepare a PDF Guidebook for the Mandala Magicians that talks them through the stage we’re working on. It’s anywhere between twenty-five and thirty-five pages worth of mostly text.

I set about applying the Found Inspirations technique. The only rules were that each set of messages would be formed from one page of text, and the words would come in the order they appeared on the page. Twelve messages in all.

Some were deeply personal, and others very definitely meant for transmission to the MM2016 Magicians! I combined two of the messages to use in the MM2016 entry for this month’s stage : Void.

This feels perfect for me right now. I’m excited about how easy it was for me immerse myself into the creative process without any difficulties, angst or deeper self-inquiry.

Yet the results speak to me in a way that reminds me that everything we need is already here. We don’t need to go looking elsewhere. It’s much more simple than that. I used Koh-I-Noor watercolour* in black in a Stillman & Birn A4 Zeta series journal.

Thank you, Monsieur Bowie for all the magic. Your legacy will never die.