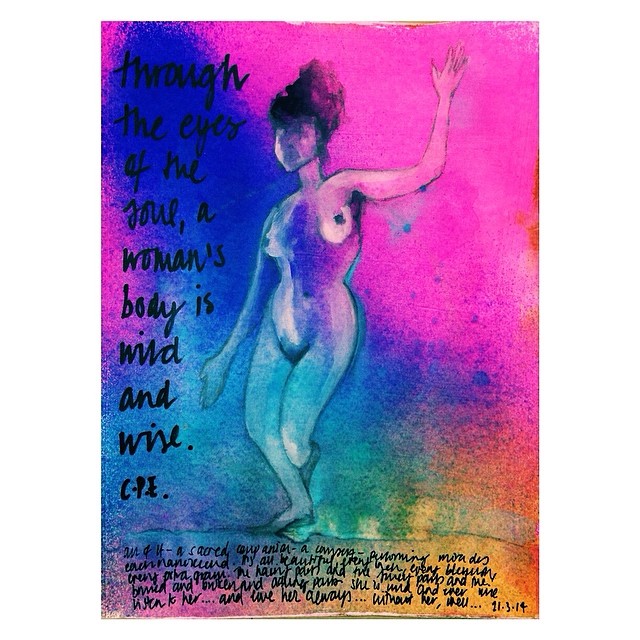 I know it’s often mandala madness around these parts. Truthfully, I have mostly been working in my mandala journals since beginning the Great Round of Mandala in January 2013, but recently I’ve felt the need to expand my practice again.

I’ve been focussed most often on a separate practice of #selfiesketch – ing and hope to introduce that to you soon, but I’ve also taken to messing about with super quick spreads in my Canson Mixed Media journal.

Here’s one that I recorded for you. Mostly as a demonstration of art journaling as an artful self help practice, as opposed to art journaling for art’s sake. Through the eyes of the soul, a woman’s body is wild and wise. ~ Clarissa Pinkola Estes