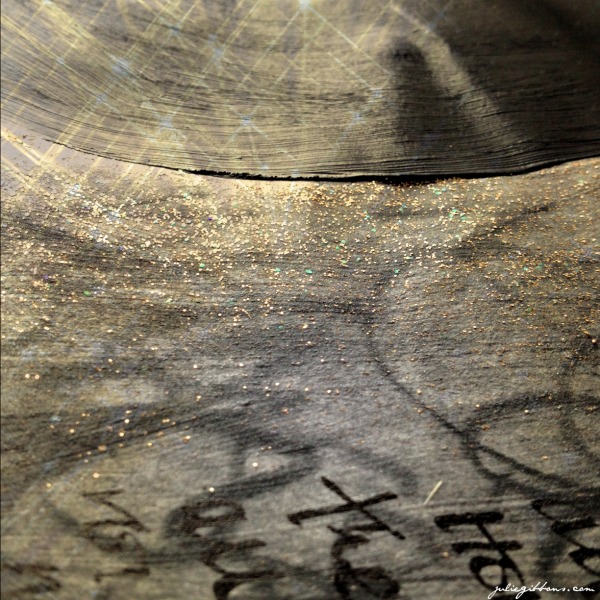 When I tell people that I run an online course about mandalas, they often expect that I am demonstrating how to construct complicated geometric patterns. Although there are stages within the course where we carefully measure and construct a beautifully designed image, in fact the whole point of the mandala course is to explore our psyche, become familiar with the archetypal stages of self and learn how to use the mandala form to explore those.

So yesterday I made a video to demonstrate how I use mandala journaling as an aide to self help;

Ever since the full moon appeared on Thursday morning, I’d been experiencing a bout of anxiety. It manifested in all kinds of ways – increased sleeplessness, old patterns of worry about money and more surprisingly, self-criticism over my appearance!

After an almost entirely sleepless night on Thursday, fretting about full up action lists and not enough completions, I decided that the best way to deal with everything that was showing up was just to let it be – to let it happen and try to ride the wave as best I could. But by Friday night, I’d over compensated for ‘doing nothing’ all day (no Found Inspirations Friday!) and I ended up creating a detailed step-by-step action list for the next two months, a revised product development/release schedule and financial forecasts for this year – and next!

It’s well known that making plans and writing lists is a good way to expel worries from your mind, but my actions were a response activated from aeons old behaviour, where I rely time and time again on my yang energy (my masculine power) to propel me through life and apply order to the chaos. It is always good to have a detailed action plan and a financial forecast when running a creative business, of course. But the truth is that I already had each of these in place – sure they may have needed a some fine-tuning, but Friday night wasn’t really the best time for it.

By Sunday I was in tears and worrying about stuff that seemed out of proportion and not entirely relevant. Now, my self-awareness levels are high, and I spend most of my time in a state of inner reflection – my work after all is artful self discovery – but over the previous few days I had ignored my own techniques to help riddle out what was going on with me, and how I could return to equilibrium.

Quite often our very human nature makes us consciously reject what we know is good for us – it’s a perversion I am yet to fully understand. The key to not falling foul to this perversion is to be aware of your inner stories, recognise the pattern and come up with a fail safe technique with which to counter it. I often use journal therapy to deal with this type of situation, but the one thing that gets me there fastest, is to create artfully.

So eventually, I opened up my mandala journal, and set about working on an exercise that helped me tune in to the importance and value of my yin source. To hep me create a firm boundary against the yang and confront whatever my shadow was presenting me with (the void invites in all sorts of truth.) My sleep last night was long and deep. My action list once again manageable.

Yin energy has long been driven underground and yet, it holds within so much distinct power of its own. We must consciously activate our yin and understand and respect the values of that source of insight, creativity and strength.

How do you make sure you’re tuned into yin?